A little more than a year ago I covered bitcoin’s creative destruction, and how bitcoin is more efficient money system on several economic levels. We also explored how the near-zero transaction cost of cryptocurrencies creates a monetary system that shall always be more efficient than fiat monetary systems. It is because of this fact that we shall see bitcoin destroy the contemporary models of finance, banking, and monetary systems; while as the same time building something new, better, and more egalitarian in its place. As the bitcoin ecosystem grows, we will see a radical shift of money, finance, and banking away from huge institutions that are embedded within the capitalist structure, to a decentralized, global framework of economic exchange divorced from the state. Schumpeter described this process of creative destruction in chapter 7 of Capitalism, Socialism, and Democracy and how capitalism incessantly transforms the economic landscape:

“In capitalist reality as distinguished from its textbook picture, it is not that kind of competition [oligopolistic competition] which counts but the competition from the new commodity, the new technology, the new source of supply, the new type of organization (the largest-scale unit of control for instance)—competition which commands a decisive cost or quality advantage and which strikes not at the margins of the profits and the outputs of the existing firms but at their foundations and their very lives.”

Bitcoin exist outside the framework of sovereignty of the state. Bitcoin cannot derive any legitimacy from laws or enforcement, but only from its own merits as money. In doing this, bitcoin points out how corrupt our current economic and political system is, while creating a totally new form of money that is a radical alternative. Bitcoin points out the corrupt relationship between the state, institutions of money, and how that relationship creates oppression for all people.

Today, the oligopolist and monopolist have won. A small handful of companies control vast swaths of industry with the full cooperation of the state. Government pay huge subsidies to mega-corporations while child homelessness is at an all-time high. Governments use the money they control not to help those in need, but to make illegal wars both domestically and abroad. Politicians are paid off openly and without shame, while the banks readily kick hundred of thousands of people out of their homes and into the streets with the full support of the law. Police openly murder children and are readily acquitted and protected by the legal system.

This is a form of inverted totalitarianism monopolizes the structure of power through omitting any democratic process from the economy system. The monopoly of banking, the monopoly of the law, and the monopoly of the issuance of money have all been forcibly justified through extreme campaigns of fear-mongering around the ‘need for safety’. This has nothing to do with economics, efficiency, or safety–it is about corruption and using the state to create laws that protect incumbent industries and politicians.

Breaking these monopolies is the kind of creative destruction that bitcoin is engages in through applying a superior technology. The restructuring of economic power into a digital realm will not only dramatically redistribute wealth away from the old order, but it will also radically transform the size and breadth of the financial economy by several fold. The financial and banking systems will become much more accessible, the nearly 10 million american adults lacking a bank accounts today, and the 2.5 billion unbanked all over the world can now have a real opportunity at financial access in a way that has never been experience before. Those who build these new systems, and utilize the power of bitcoin to revolutionize the financial and banking industries, will be the champions of this new digital economy.

The Revolution of Accounting

The creative destruction of bitcoin strikes at the very root–the very object of exchange–of the capitalist economic structure: money. It is through the explicit destruction of the current payment systems, legal tenders, and the monopolization of those, that bitcoin will reinvent the entire economic. From destroying these old model of finance, banking, and exchange; the entire infrastructure around economic exchange will be recreated in a better, more effective model. A similar revolution happen around 800 years ago in the north of Italy with ‘discovery’ of double-entry accounting.

This novel approach to accounting allowed for merchants to have a much better understanding of their total assets and liabilities, as opposed to the old version of just keeping a daily diary of what they possessed. The real revolution that came from this accounting system was the way to measure, value, and utilize various assets and liabilities in new ways–equity was birthed into the world. This transformed non-active capital that was previously doing nothing, into doing something. Adam Smith talks at further length about this in The Wealth of Nations: 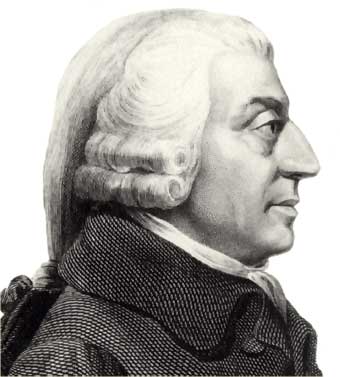 It is not by augmenting the capital of the country, but by rendering a greater part of that capital active and productive than would otherwise be so, that the most judicious operations of banking can increase the industry of the country. That part of his capital which a dealer is obliged to keep by him unemployed and in ready money, for answering occasional demands, is so much dead stock, which, so long as it remains in this situation, produces nothing, either to him or to his country. The judicious operations of banking enable him to convert this dead stock into active and productive stock; into materials to work upon; into tools to work with; and into provisions and subsistence to work for; into stock which produces something both to himself and to his country.”

-Adam Smith, The Wealth of Nations

Though this seems to be the most boring possible topic to be revolutionary, it certainly was. With the development the merchant banks in Northern Italy, now there was a way in which the ‘dead stocks’ of stationary capital could be commoditized. From the ability to much more accurately understand one’s own finances through double-entry accounting, there became a whole new way to utilize, and understand money. This was the revolution that helped create finance as we know it today, and is what also propelled the advancement of capitalism to its place on the world stage it is today.

The great advancement that came from double-entry accounting was the novel approach of pooling money through banks, and then being able to utilize that capital as an active, and productive investment, rather than a dead stock. This meant that many, many more people could access capital for investments than there ever had been available before. This new market for capital and mode to utilize it, fundamentally restructured the economic fabric of life in a way that would indelibly change the future, and advance it towards one of capitalism. This was the first revolution of accounting, and now 800 years later, we are having the second revolution of accounting and measurements.

Building The New in The Shell of the Old

The creative destruction embedded within capitalism can best be understood as a dual force of creative power. It seeks to destroy and defile old ways in the quest to create something more efficient, more masterful of the task at hand. The only way that we can build a new and better world, is through first through destroying the old ways. It is only once we have cleansed ourselves of the inefficiencies of the past, that we are able to fully manifest and powerfully produce the changes we wish to see in the world.

Luca Pacioli–remembered for writing down how to do double-entry account. No one knows who that other guy is.

The revolution of bitcoin is not just in destroying these old financial industries; but building the new system that will be radically better than anything we could imagine. In this brave new world we are quickly coming into, the financial industry as we know it will be crushed in order to make way for the new system of finance. Bitcoin and other digital currencies simply have too low of a transaction cost when compared to the transaction cost of any fiat money system.

The development of the triple-entry accounting system of the blockchain has at its core the same praxis and creative destruction that double-entry account had: to destroy the old order of exchange, to make way for the new, better, and more effective system that can reach and serve many more people than the old system ever could.  What is so revolutionary about this new mode of economic organization is now the arbitrator of measurements within the system of exchange (bitcoin itself) is subject to the same accounting standards as all other actors within the system–the bankers and politicians cannot cheat this system for their own benefit. The bitcoin ecosystem has no way it can just make up new bitcoins, as the state and banks can do with fiat money, or how they can debauch commodity-monies. The real revolution within bitcoin is that makes the banksters, the financiers, and the state subject to the same economic laws that govern everyone else.

Through eliminating the costly, inefficient, slow, burdensome, and corrupt contemporary system of banking, finance, and money itself; there is a whole new economy world to be created. This will exponential increase the productivity of capital, as it no longer has to be subservient to the state, their regulations, or laws that protect their cronies. Bitcoin ensures there is no longer any physical space that must be defended to protect money, so the infrastructure of this new form of capital can extend well beyond the branches of banks, or physical kiosks. Money no longer has any masters–it is free to create the world it sees fit.

What Must Be Done

We have the tools, now we must build the new system. Rome was not built in a day however, and what we are attempting to do is to fundamentally restructure the most prominent aspect of our society and world today: money and wealth. This is an ideological battle of the greatest kind. We are not just trying to address the economic issues at hand, but the mysticism and magic of how money functions. These are huge political, social, and ethical issues that many people today would rather not question or talk about–they would prefer to simply shove their head in the sand and refuse to believe that this is possible.

However the younger, technologically inclined and technology trusting generations will soon come into power against a political and economic system that has willingly and enthusiastically sold them out, disparaging them each step of the way. Spite and the demand for justice is a very powerful thing, and the true revolution is going to come when the youth from all around the globe realize that they can economic and politically organize themselves against the respective systems that have exploit them. The revolution is already in motion; what remains to be seen is how quickly people are going to be willing to seize it for themselves.

7 thoughts on “The Creative Destruction of Bitcoin”