Secrets have a value. How much, it is hard to say, perhaps invaluable would be a more apt description. Invaluable because a secret can mean the difference between life and death; that which can lead to victory or defeat in war. Secrets have an absolute economic value as well because it can truly mean the difference between life and death. Cryptography understands that the security of communication is essentially to life and death, and there is real value to both privacy and secrecy.

Bitcoin and other digital currencies are built on top of strong cryptography for this reason. This cryptography is strong enough to be considered unbreakable at this point in time, and most likely for the next several decades. Due to the mathematically assured, provable secrecy that bitcoin is built on top of, bitcoin creates additional value outside of the energy spent mining bitcoins by creating a cryptographically strong system of digital exchange. The ability to exchange through strong cryptography, and the secrecy it affords is part of what creates the economic value of bitcoin.

This value comes from the commodity that bitcoin is made from. Just as gold’s secondary values comes from its fungibility; the proof-of-secrecy function of bitcoin gives each unit their fungibility, which in turn creates secondary value. The provable mathematical security of bitcoin means the system is totally secure from legalized theft. No state, banker, or military general can steal your securely stored bitcoin; no matter how powerful they may be, or how many guns they have pointed at you.

A Very Short History of Crypto and War 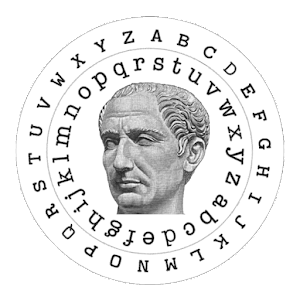 Even before Julius Cesar first used his simple shift cipher for encoding his messages; ciphers, and stenography were wide used to conceal information throughout ancient history. These tactics of hiding information and keeping that information secret, or Crypto, developed as a tactic for war, and has had a large role within power struggles throughout the centuries.

As Napolian Bonaparte said, “The secret to war lies in communication.”

Over several millenia the developments of stenography and shift ciphers got better and better, as they were used for diplomatic and military purposes. A major advancement in the field occurred when poly-alphabetic ciphers, such as Vigenère cipher in 1553. Several centuries later the developments of cryptography were culminated in Kerchoff’s “La Cryptographie Militaire” in 1883, which are now surmised in Kerchoff’s principals.  This was a scientific manifesto on the military application of cryptography, and how to understand the security of cryptosystems and breaking them. Of these principals that Kerchoff established was the need to make the system based upon mathematical principals, and the supremacy of keeping the secret key secret, as if you do not, the system will be know by your adversary.

Just as in war you have an enemy, in crypto there is an adversary–an opponent that is seeking to compromise your system, and break it of its secrecy. If your secrecy is compromised, and if the secrecy of this communication is based upon life and death, you will die. This value of secrecy is absolute, and nation-state’s wars against one another accelerated the improvement of cryptography at a startling rate. This arms race in crypto ran parallel to the arms race for nuclear weapons in the 20th century, and was just as pivotal to its outcome.

The Mechanization of Cryptography for Advanced Warfare

The mechanization of ciphers with the rotor machines were developed in the early 20th century. It was the first true attempt to apply a more robust computational principals to ciphering with machines. The mechanization of ciphering reached its apex during WWII with the German enigma machine. In order for the Allies to break the encryption of the enigma, they had Alan Turing develop The Bombe. This was one of the first computers ever created in order to crack the code of the German enigma machines. These ciphers had become so complex, they now needed computers to help with the complex mathematical calculations to crack their code.

Like the wars that the empires throughout the ages have fought; at first their tools were rudimentary and crude, but developed with sophistication, technology, and scientific precision over the ages to what they are today. States now command weapons of mass destruction that can wipe out millions of people in a moment, and they use this as a token of power within the realpolitik of statecraft against other states.

This is called brinkmanship–the art of pushing dangerous scenarios for favorable outcomes on ones own terms. It is within this same vein of power that the tools of cryptography were developed as a means of war. We must ask ourselves: why has this technology been so zealously guarded, with so much human energy expended upon it?

It is because within the realm of secrecy and privacy that people can organize independently, and outsmart stronger, more powerful enemies. Encryption is a weapon for the weak against the powerful, and a way for individuals to be given a mathematical assurance against the invasions of privacy, both for personal documents, and communications.  It is a mode of mathematically assured protection. One needs not to trust people with money or secrets any longer. Now they only need to trust the code upon which their secrets are hidden. That code is only mathematical, and is binary in nature.

From being built on top of this mathematical encryption technology that cryptocurrencies create a true use-value. Proof-of-secrecy creates both fungible, and security. These features, paired with the limited number of bitcoins, and computational and electrical energy that goes into creating bitcoin units, creates the total concept that gives bitcoin, and other digital currencies, their value. Bitcoin and other digital currencies give rise to a new mode of sovereign economic power. It is this economic force that over the coming decades will deconstruct, and depose of the old concepts of money, value, banking, exchange, protection, and finally the state itself.

Digital currencies are the economic power that will become the bases for a new way of organizing. This new form of power will create new social, economic, and political organizations which together will create a new superstructure of power I call the digital sovereign. Echoed in the sentiments of the declaration of independence of cyberspace, this is the process of creating a world that all may enter without privilege or prejudice accorded by race, economic power, military force, or station of birth. The digital sovereign is the space in which the civilization of the Mind will make itself victorious over the world of flesh and steel.

Next: Bitcoin and The Internet as Ideological Apparatuses